Lucid Dreaming and The Alchemy of Consciousness

The imagery and text on the Lucid Talisman is inspired by ancient philosophy that questions the nature of reality. When we question reality, we wake up to our lives.

We call this the alchemy of lucid dreaming.

At its most basic level, The Lucid Talisman is constructed around the duality of waking and dreaming, depicted as the sun and moon sides of the coin. 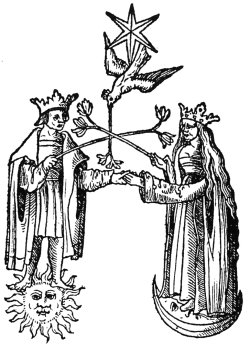 from the Rosarium Philosophorum (1550)

Dreaming life is depicted as the moon: lunar consciousness. In dreams and intuitions, this is traditionally the feminine aspect of consciousness that receives insight. A different logic is at work here: it’s non-linear and image-based. When we are in the presence of the moon, we have access to creative forces, images and ideas that we usually shove aside in waking life.

In medieval times, these two modes of consciousness were depicted as the King and Queen, equals in the firmament.

Lucid Dreaming: Beyond the Duality

In lucid dreaming, things get interesting. In a lucid dream, you know you are dreaming.This duality breaks down.  Like in waking life, you can make active choices and focus your attention. You can remember intentions you set earlier and manifest objects out of thin air.

But lucid dreaming is not a perfect virtual reality, a blank slate. Rather, we still meet the energies of the dream, that lunar consciousness that brings us insight and creative ideas.

We can learn from the dream’s spontaneous imagery, to surrender to the moment, and to honor the visual/emotional structure of the dream without overpowering it.

And, ultimately, when we balance the active and receptive elements in our dreams, an entirely new way of dreaming appears: the marriage of the Sun and the Moon. This is the alchemy of lucid dreaming.

We can see this concept play out in the 19th century wood engraving known as The Flammarion. 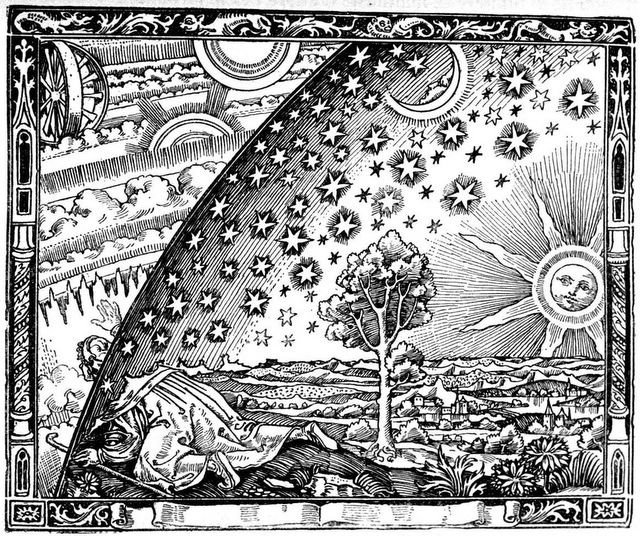 Here you can see the wanderer (is there any better depiction of the lucid dreamer?) literally busting through the duality of the night and day (the Firmament) and seeing for the first time a third realm characterized by unknown forces of celestial nature.

The Alchemy of Consciousness

This ancient way of seeing things is drawn from the medieval study of alchemy. At its heart, this proto-science was the pursuit to transform base metals into gold.

Psychologically this process is still very modern —  the transformation is our own mind.  Throughout our lives we have opportunities to transmute desires and impulses into rarified creative art, wisdom and scientific achievement.

Lucid dreaming is in itself an alchemical process that can help with this natural process of “growing up.” Lucidity can be seen as balancing waking (solar) awareness with the wisdom of dreaming (lunar) consciousness to create opportunities for self-knowledge, power and healing.

Another clue to this alchemy of consciousness can be seen in the 1595 wood engraving known as the “The Alchemist’s Study,” by H. C. Khunrath. 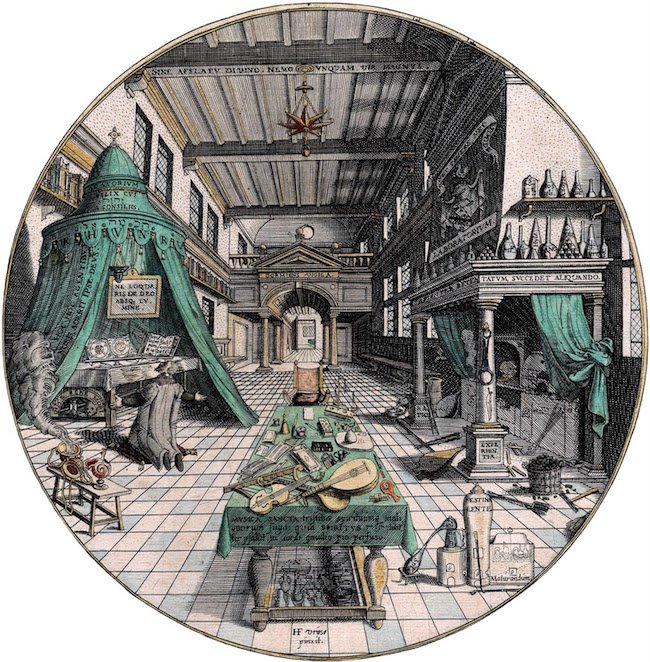 “The Alchemist’s Laboratory,” 1595 by Heinrich Khunrath

In this drawing, Hermetic philosopher Khunrath depicts the work of scientific alchemy with a focus on various forms of knowledge used in the laboratory. 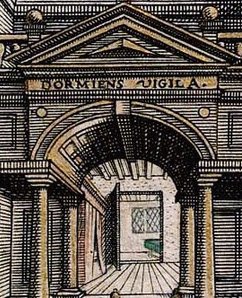 What you might miss is how in the back of the workshop is a doorway that leads into a bed chamber — you can even see the bottom corner of the bed. Above the door reads “Dormiens Vigila” –which translates to “Sleep with Vigilance.”

Sleeping with vigilance is a paradox that is meant to confuse the rational mind. But it also can convincingly be argued to be a depiction of lucid dreaming — which is defined as “self-awareness during sleep.” We are appreciative of researchers Melinda Ziemer Powell and Ed Kellogg, PhD for making this connection (see references).

The font for the Lucid Talisman is directly drawn from this drawing and showcased on the Moon side of the coin.

Further, we used the lettering of other words in this 16th century drawing to piece together the font for the original and parallel phrase on the sun side of the talisman, “Lucide Vive,” — or “Live with Lucidity.” (Thanks to my Latin scholar friend Marc M. for this original phrasing)

The Ouroboros: Towards Wholeness 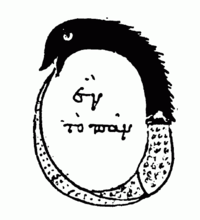 This ancient ouroboros is inscribed with the words “εν το παν” (“one is the all”). From the work of Cleopatra the Alchemist (Greco-Roman Egypt).

Another symbol of moving beyond dualism, and towards healing integration, is the Ouroboros, the snake that eats its tail. This cross-cultural symbol represents the continuity of the birth and death cycle, or the “eternal return.”

This image of the snake is on both sides of the coin, bridging the gap between solar and lunar consciousness. By the way, snakes make for wonderful bizarre imagery that easily incepts into dream content.

That’s why we think of the Lucid Talisman as the restoration of an ancient cognitive tool for encouraging lucidity in waking life and in your dreams.

On the Edge of Reality

The Lucid Talisman also has an etching on the edge of the coin. The inscription is from the Greek philosopher Heraclitus. Inscribed in the original Greek and Latin, the 2000 year old saying (fragment 119) cuts through the centuries to remind us to wake up to the fact that life is a dream within a dream.

In English: Although often translated (poorly) as “Character is destiny,” a more appropriate and historically correct rendering is “As the Mind Dwells, so Nature Reveals.” Or perhaps we could say, “Lucid habits invite the mysteries.”

In other words, the way you think, act and believe constructs what is possible. Our habits (bad and good) build our worldview, which further allows us to remain trapped and stilted, or to find freedom, creativity and peace.

This is what it means to live a more lucid life, in our waking life and our dreams.

Marriage of the sun and moon: A quest for unity in consciousness, by Andrew Weil.

Mysterious Coniunctionis:  An Inquiry into the Separation and Synthesis of Psychic Opposites in Alchemy, Volume 14 in The Collected Works of C. G. Jung.

Get Your Lucid Talisman Today

Get lucid and join our community of dreamers